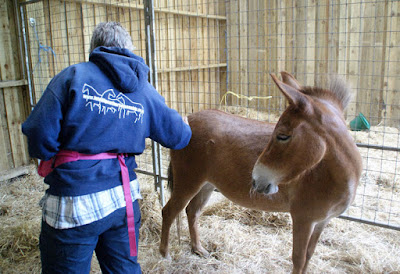 It seems I am to be forgiven for yesterday's veterinary intervention and with a promise that I wouldn't actually try to do anything with her feet today, Henrietta was happy to let me touch her and to rub her better where the needle went in. She is still very lame and not that enamoured with the pain killers so I am hoping that the infection will find its way out very soon. I find it hard to leave her to it but I am damned if I do, and damned if I don't and she is under veterinary supervision. 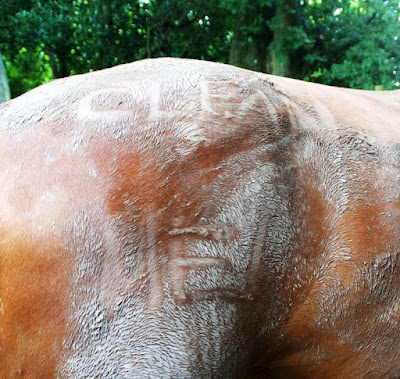 A boy has to keep warm somehow so there was a good bit of grooming to do before we went out riding today... 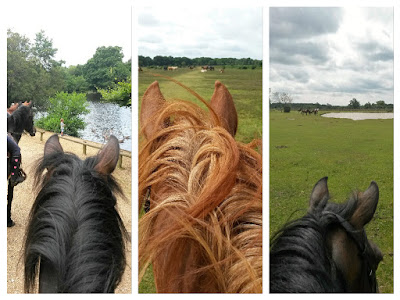 En route we saw some Canadian Geese being fed at Eyeworth Pond, my ponies fraternising with cows at Longcross, and a big group of ponies at the pond on Fritham Plain. Bella is now an ordinary riding horse although when she gets tired she would be happy to be released exactly where she is. 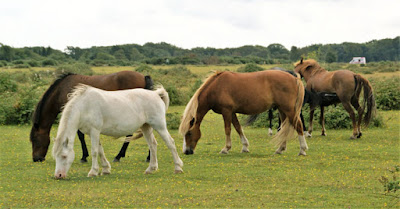 Pie is doing well with his little herd of mares. The mare in the background is still feeding her three year old filly, putting paid to the myth that mares will wean their foals naturally in less than a year.

This afternoon's work entailed training a gorgeous six year old PRE cross Connemara to load, or rather to stand on the ramp. In his old home he was loaded onto a step-up trailer and on one occasion had leapt the ramp of a lorry when being unloaded. 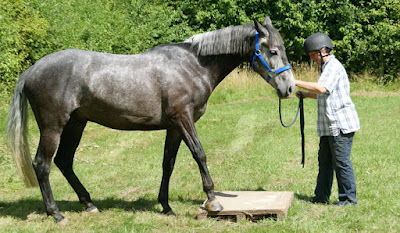 Whilst he would put a foot on the pallet, it wasn't strong enough for him to walk over, and there was no way he was going to walk over the tarpaulin. I was left with little option but to work with the ramp itself which was quite steep but safe. 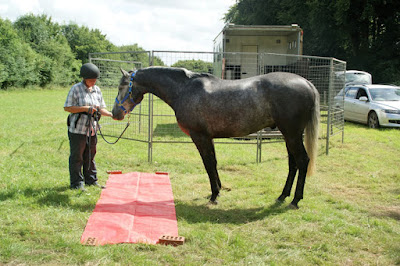 Even with the addition of clickered treats, Brio wasn't prepared to attempt the ramp... 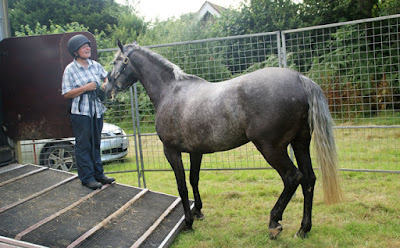 ...and so, having remembered to put some front boots on him, we began to close the panels down to encourage him to at least engage with it. 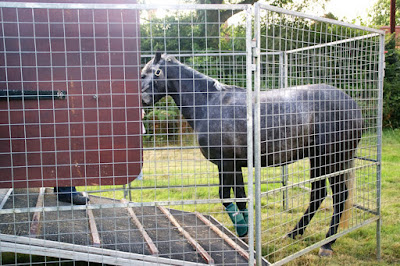 Having dithered at the edge for a little while... 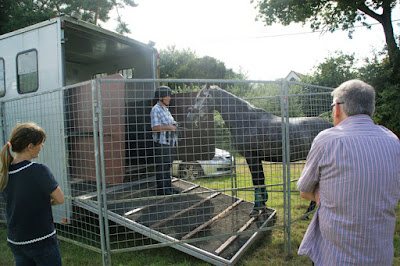 ...he finally plucked up the courage to put his front feet onto the ramp whereupon I took any pressure off him, gave him plenty of clickered rewards, and allowed him to relax and realise that he was fine. 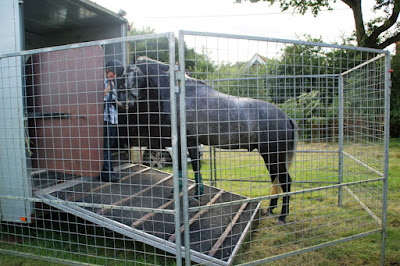 He grew more confident with each repetition and the panels could be drawn back... 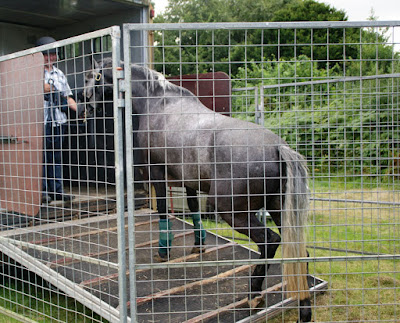 ...and it was he who volunteered his back feet. 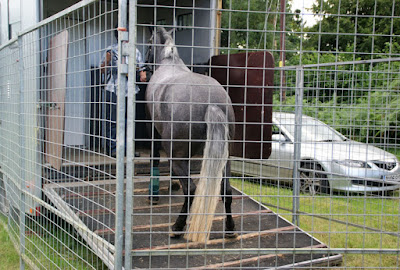