Another long trip this morning joining the world, his wife, Thule, three children, dog, tent, and whistle-y kettle, on the long, mostly single carriage-way roads through Dorset from one end where the motorways tip everybody off, to the other at the Devon border, punctuated only by farm harvest vehicles and the occasional ambulance with its sirens going. Only one thing you can do, sit and relax and singalong (again) to Paul Simon. At the other end of this parade of cars, I met up with Debbie, and her two cobs, Milly, and four month old Molly. 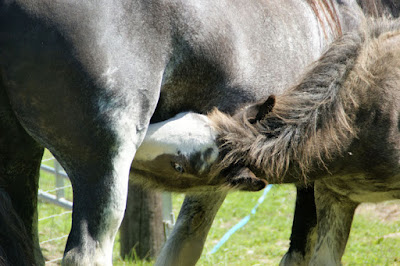 Milly is ready to start a bit of work again and we wanted to know whether she had already been driven and therefore understood how to be long-lined. In short, yes, and she seemed to enjoy it although it can get complicated with a garrulous foal at foot. 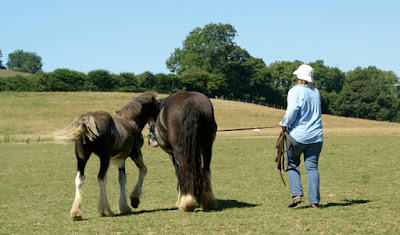 Fortunately, Milly is pretty independent most of the time... 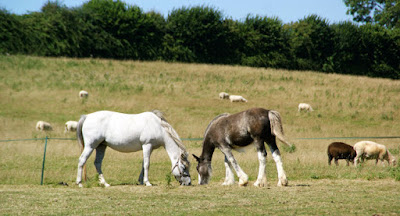 Although not frightened of much, both horses had taken offence at some newly arrived pigs, and I was asked whether we could do some work on getting them used to them since any wander up the lane meant going past them. 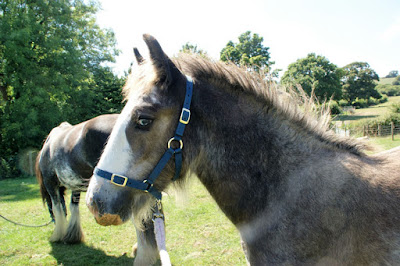 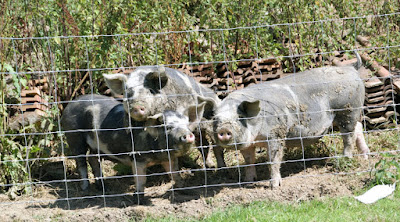 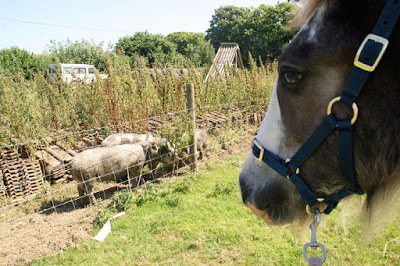 With the occasional snort from Milly things settled down pretty quickly partly because there was food being offered. 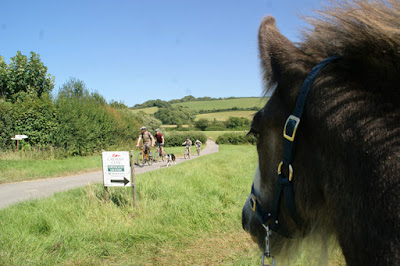 We were then able to take the girls out for a walk along the lane where they met some cyclists and their dog. Unfortunately the riders failed to keep their dog under control when we returned to the farm and could easily have undone a lot of work with the dog chasing around between the horses, and the bicycles, barking its head off and them shouting at the dog.

We finished with another short session of long reining with Milly who proved to be a very good teacher for Debbie.