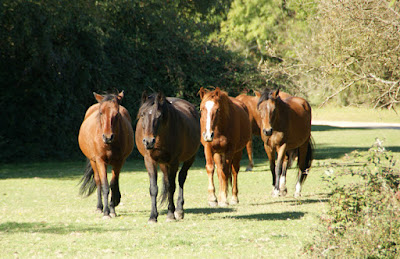 With so many animals out on the Forest who might whisk Henrietta way, and her being inclined to go walkabout on her way back to the field, we needed to find out if she was prepared to be The Girl on The Train. 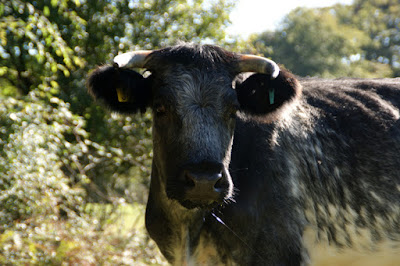 She loaded easily enough and was fine with the gates closed but not all that impressed to be on the move. 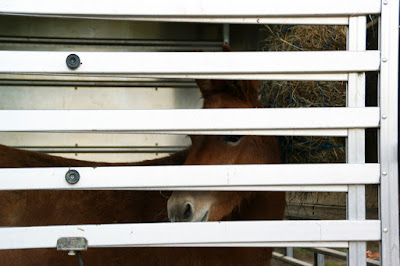 She may have enjoyed her walk around the inclosure but Tracey and I spent most of our time speculating as to whether she would get back on the trailer to come back again. 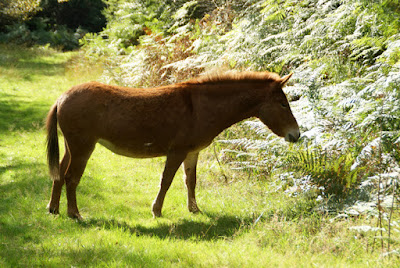 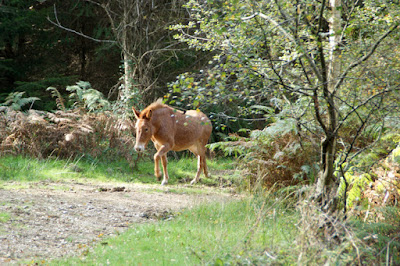 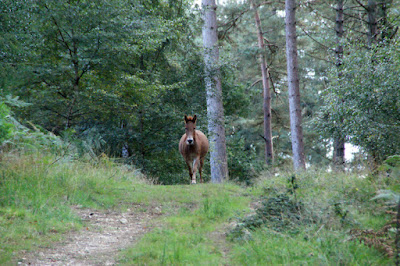 Tracey reminded me that she hasn't actually been out for a walk with Henrietta yet despite the fact that we have been out quite a lot... 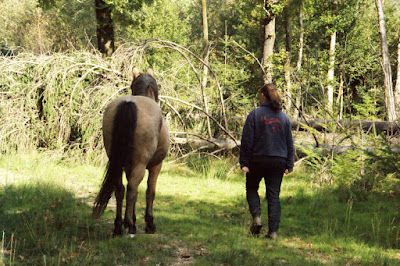 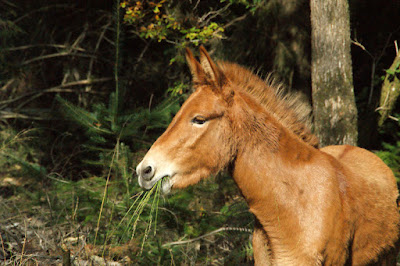 With Jack waving goodbye at the train station it was a relief when she loaded almost immediately. She is so light that my car can easily pull her and the trailer the short distance from the fields across the open forest to the inclosure. 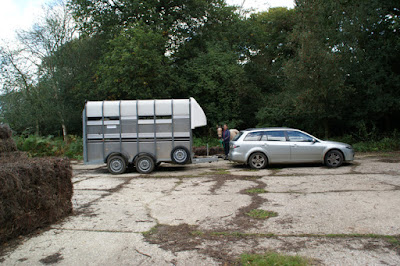 The good news is that despite his various symptoms, Mars does not have gastric ulcers. In fact his stomach was perfect. Nenad made some very interesting comments about diagnostics, comparing it to opening a book and picking out the relevant chapters. He said he no longer predicts the outcome of gastroscopies based on the list of symptoms because sometimes fat horses, living out full time will have them whereas thinner horses, kept in full time might not. Having said that, with the list that Flo gave him he felt that a gastroscopy was fully justified. We now have permission to  "crack on" with Mars' training although cracking is not something we intend to do. With his teeth checked for recent changes, and the physio coming out again next week, we can quietly get on with working him. 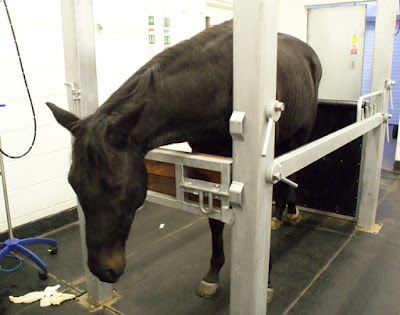 He loaded very nicely to come home aided by the fact that the lorry ramp could be supported on The Barn's loading ramp which dramatically reduces the incline into the lorry. The angle of the ramp has a lot to do with the reluctance of some horses to load.
Posted by Loisaba Wildlife Conservancy at 4:56 PM