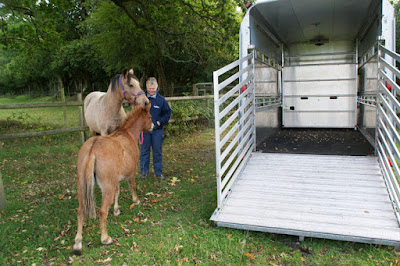 Jack and Henrietta at the cab rank this morning. A change of position meant that Henry was a little bit wary of the trailer so rather than shutting her in and taxiing her over to the inclosure, I took a step back and just allowed her to get comfortable with going in and out. 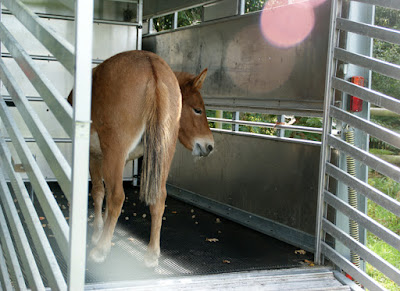 That gave us more time to have a little fun before we went off to our next appointment. I sometimes wonder who is training who but Jack and Henry appears to enjoy their jumping; not so sure about Tracey... 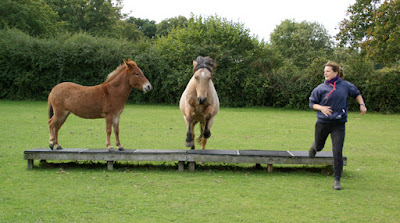 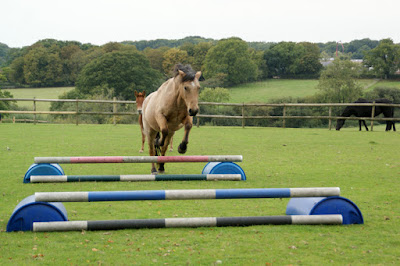 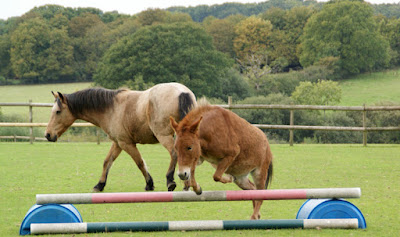 This afternoon we were working with another traditional cob, Mary, who is eight years old. Her owner, Lorraine, wanted help building up confidence for the two of them. 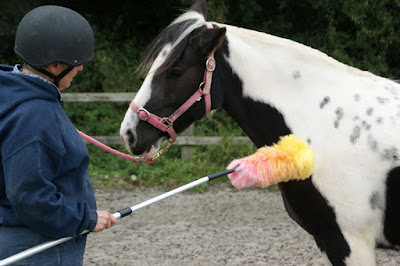 Mary looks a little wary of the feather duster and you may just about be able to see the pulled down effect on her lower eyelid along with the real focus in the position of her ear. 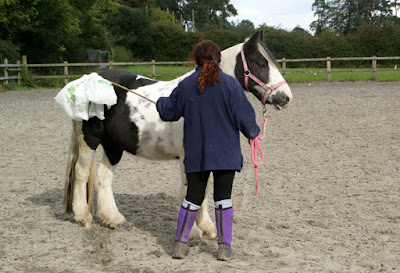 Nevertheless, she was very calm throughout the session and actually accepted new things very easily. She is more worried about her environment and the activity of other horses both loose and ridden in the nearby paddocks. 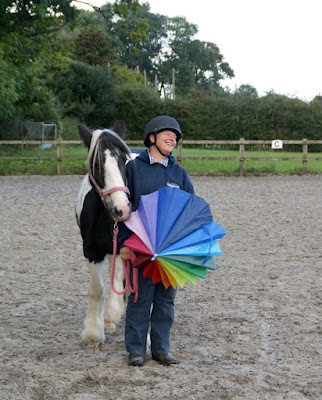 Her reaction to the obstacles enabled me to assess her general levels of confidence and allowed Lorraine to see what exactly Mary does when she is frightened. Mostly it is just a few paces forward and then she stops. 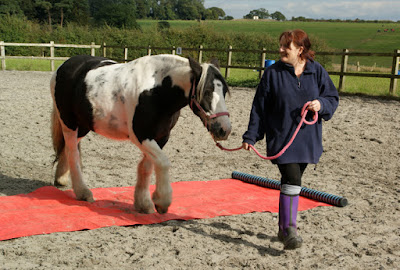 We finished the session by going through the preparation exercises for long-reining and then setting her off on two lines. 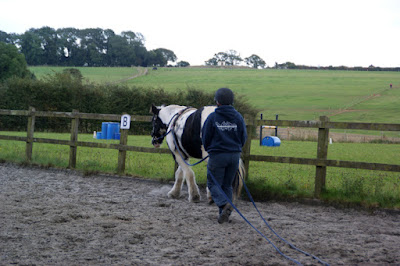