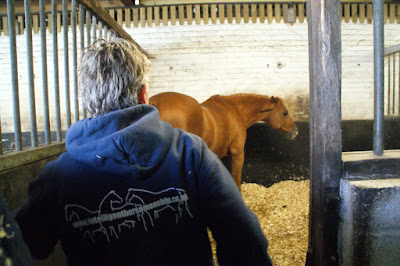 Fifteen year old Arabian, Khal, has a bit of a reputation for being aggressive in his stable. With an expression like Albert Steptoe, he looks pretty convincing and he has been known to kick out at anyone who ignores his admonition that they should stay away. This is none too convenient on a livery yard where he may be handled by people other than his owner and not too easy to cure either when people quite literally have a different approach. 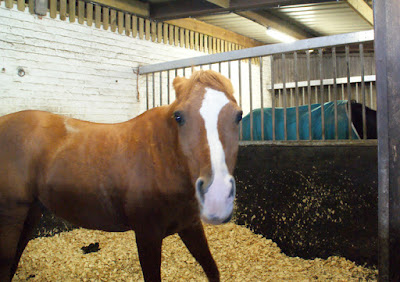 He has been like this for nigh on a decade and behaviour like this, which may stem from pure instinct or from past events, is heavily reinforced if he feels as if it works. I think we probably have to meet him at least half way and think about the way that we approach him so that he doesn't feel threatened - this may mean lowering our intent, not being so direct, and not doing things in twos; horses don't like efficiency.  Lots of horses become wary of people approaching in twos as it is usually a sign that something uncomfortable may be about to happen. 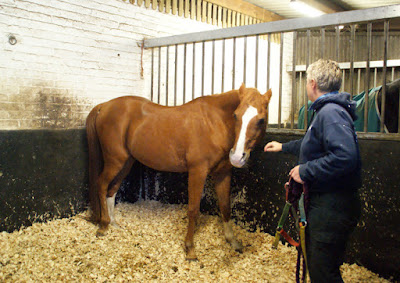 I needed to find a way to ask him to turn his bottom away at the same time as encouraging him to bring his front end around. I was going to use the feather duster to desensitise his hindquarters but in fact it turned out to be an easy way to say please take your bottom away as he was slightly more wary of it than he was of my body language. 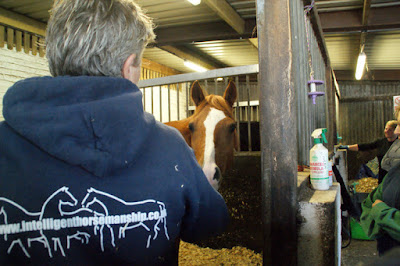 Once he brought his head and front end around I needed to find a touch that he really really liked. At first he didn't seem to like any sort of contact but in time he was prepared to let me experiment and once he found that I might actually be useful he looked a lot happier. 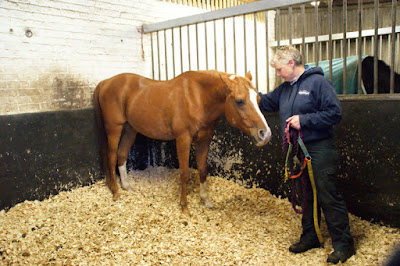 Odd as this picture looks, this was the point at which he came over to me and asked, nicely, for more, gently curling his head around my shoulders and relaxing. He almost had us all in tears. 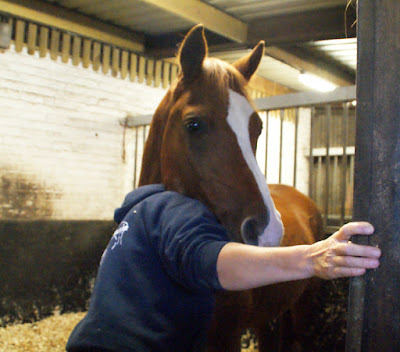 Understandably his owner has become more and more wary of going into his stable while he is free to move around and at a loss as to how to stop his behaviour. We spent some time analysing what he does and doesn't like so that at least touch can be used to reward him for the behaviour we want to see. I have steered away from clicker in this instance because there is so much emotion in this situation already. 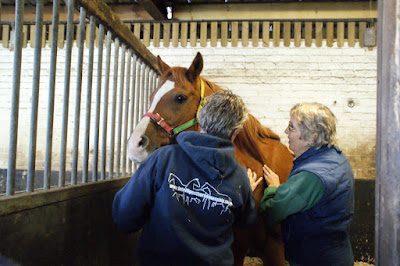 With a hat on, just to be n the safe side, his owner began to go in with him when he was free to move, staying reasonably close to the door for now. This horse is so genuine in every other way, happy to be ridden, caught in the field, that is would be nice to reduce his defensiveness in the stable even if he can never be entirely trusted. 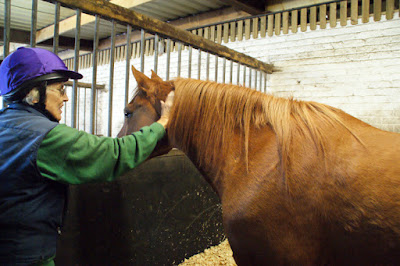 He's certainly a beautiful boy when his flags are flying and has competed at HOYS in the past. 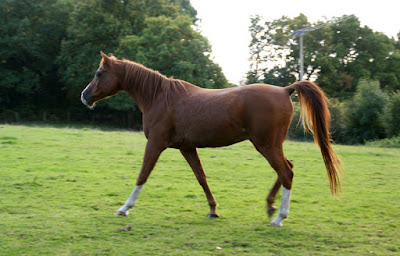 Although we have had a gap because Codie had been injured, Izzie has been practising her loading as often as she can. As a result Codie now enters the trailer very calmly without the partitions in place. Today we started to practise with the partitions in place. Since Codie has panicked and run out of the front before I became involved with her, we keep the front ramp shut while we work, and we also have the front bar (happily covered in a Bar Buffer) in place. Codie is so sensitive to change that she was worried when Izzie started to duck under the front bar so we had to repeat lots of limbo dancing during our session. 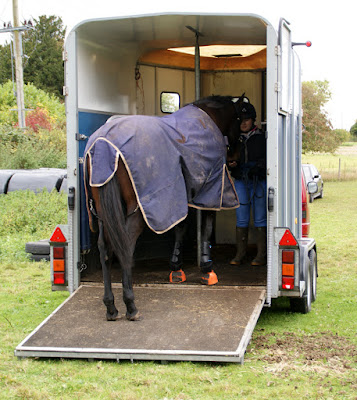 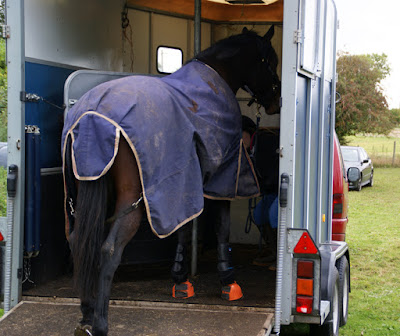 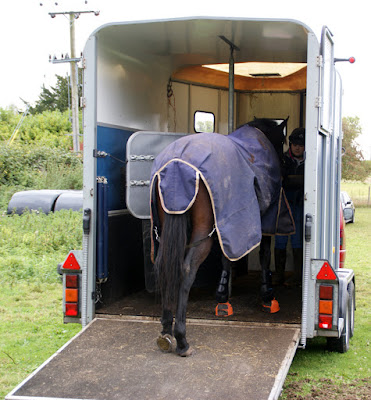 By the end of the one hour session, Codie was calm about Izzie going under the bar and standing on the other side of it.