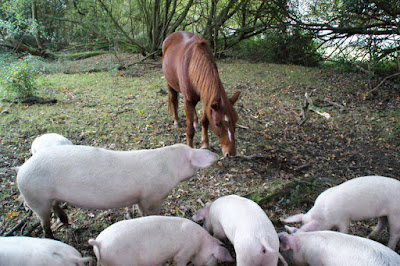 The gardeners were in at the fields this morning, picking up the acorns... 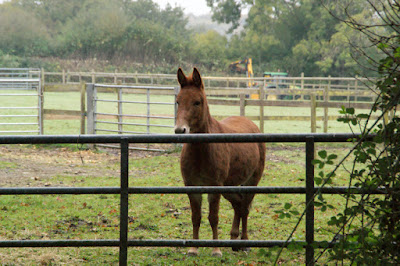 ...and cutting the hedges. Henrietta didn't know who to supervise the most. 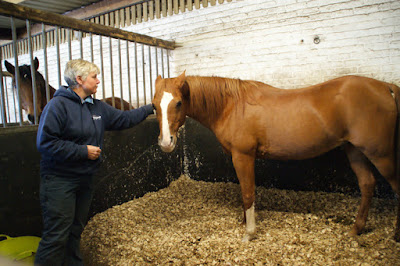 Another session with Khalil who didn't turn his bottom on me at all when I entered his stable today. Indeed he offered to come closer for a lovely rub, although he couldn't quite persuade his ears to come forward... 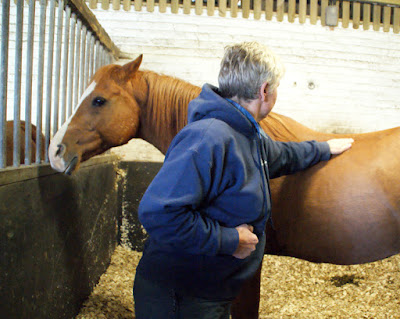 ...and thought maybe I had gone far enough when I reached his waistband. 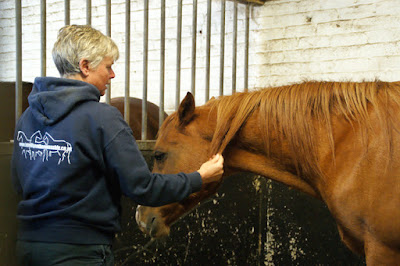 His favourite touch so far appears to be mane bunching; taking hold of a bunch of main and then gently weighting you hands as you drop it down. This practically send him to sleep. 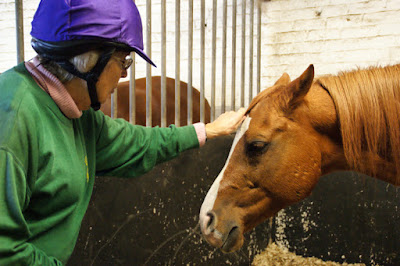 It was nice to see him giving things ago even his tolerance is very narrow. The yard owner said that there were three situations in which he seemed more inclined to kick: when he is in the stable, when he is tied up in the yard, or when he is being held by one person and handled by another; the three exact situations in which horses feel the most vulnerable. 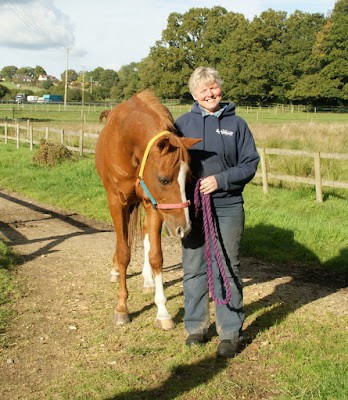 He went back out for an hour and a half before bedtime. 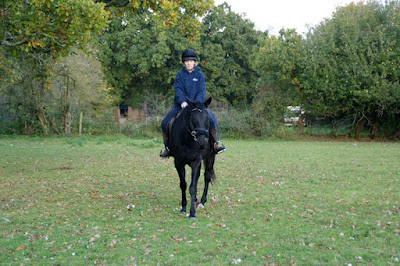 I grabbed Julie while I had the chance this afternoon to see how she would get on with Mars. She has worked with me on nappy horses in the past and is very good at being passive when needed, guiding with the reins ONLY when necessary but also allowing the horse to go forward when he decides to. 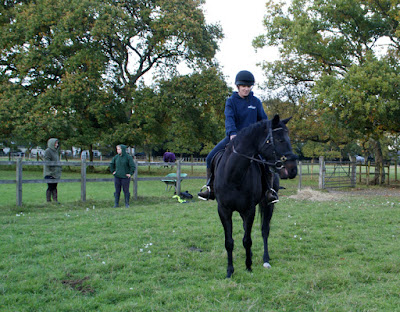 It's absolutely critical that no-one uses legs to push Mars forward at the moment. That is just the signal he is waiting for in order to start a fight and it is one that he might win. As yet we haven't seen the behaviour that I have been called out for but we are hoping to by-pass it quietly rather than confronting it directly. 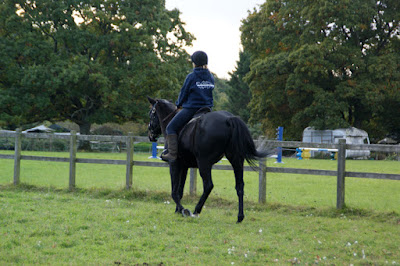