Up before dawn and home after dark taking Théoden up to Newbury to Donnington Grove Vets for an MRI scan to see if we can get to the bottom of his current lameness. Fortunately the steroids have certainly taken the edge off his pain.

I have spent most of the day distracting myself from what the problem might be and whether it is a temporary acute problem or a long term or even terminal problem. Owners are not allowed to stay with the horses and although the staff were delightful to talk to I was concerned when I saw armfuls of Chifney bits hanging from every hook. I was told that Chifneys had to be used for 'insurance reasons' and whilst I understand that no-one wants to play with a fractious racehorse, I didn't want one used on Théoden. Fortunately I was able to get him dispensation no doubt helped by the fact that he followed me down the ramp like a lamb. 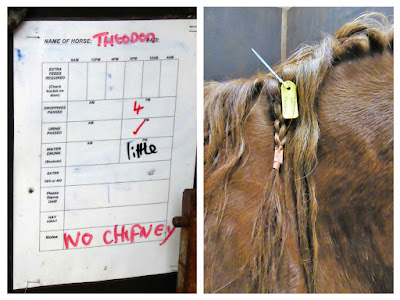 Needing something reasonable to wear for a meal out with friends next week, David and I spent the morning shopping in Newbury town centre which was incredibly quiet, then met Kelly (Marks) for lunch, before going on a very long walk from Woodspeen around Selsmoor Common. Apparently there are Exmoor ponies grazing the common but we didn't see them. 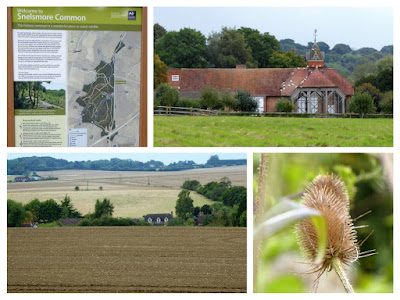 The outcome at any rate is that Théoden has the start of degeneration in his navicular bone and I will be giving some careful thought about how best to treat him. I have no doubt that I will be given strong advise from the vet and from advocates of barefoot but he will be starting with a substantial period of rest in any event.  He hasn't had a hard working life, having only been started at the age of eight and now only fifteen.

*The title refers to my belief that the second line of Papa's Got a Brand New Bag referred to 'The Newbury Thing'. Now, I've looked it up and it is actually 'The New Breed Thing' but I think I like my version better.
Posted by Loisaba Wildlife Conservancy at 9:46 PM