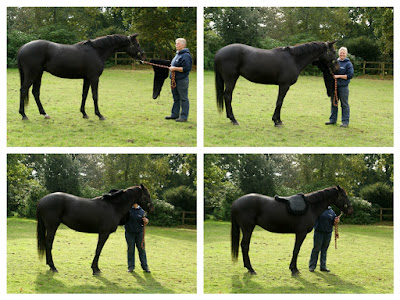 Sometimes Mars takes us by surprise by being frightened of something unexpected, such as this new numnah that we were trying out today. I used good old touch and move away (advance and retreat) to show him that it was nothing to be afraid of, making sure I went on both sides of his body, before placing it on his back. 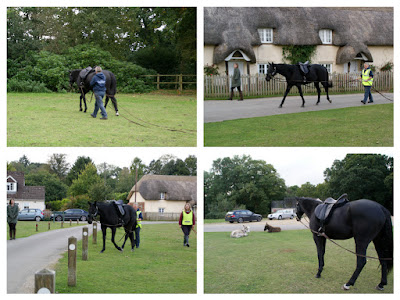 What should really surprise us is just how calm he is about things like traffic (a huge tractor behind a hedge), wild ponies, and the donkeys all of which we came across when we long reined him out for the first time. He seems to enjoy being out and about. 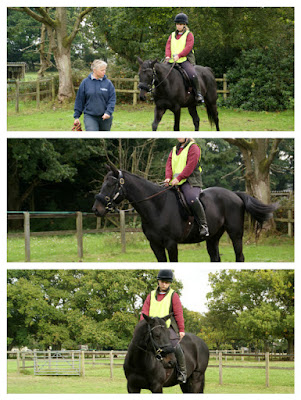 Back at his own fields we worked on his napping behaviour under saddle. You can see from the second picture that when he is asked to go forward with even the lightest pressure off the leg, he registers an objection (swish of the tail) and has been known to buck even in walk. We are working using the hand rather than the feet, taking the rein to the rider's thigh to ask him to move his feet.

I first worked with Bliss eighteen months ago and with only one session she has continued to load at home and away ever since. However two recent incidents seem to have taken her back to square one and made her even more adamant that she is not going to load. Horses have to learn from just one event in order to survive and she was clearly frightened of loading - not only did she rear rather dramatically but she passed a lot of loose droppings. 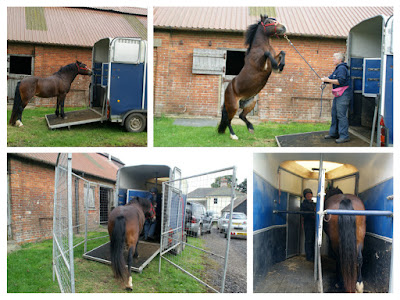 To undermine this pattern we put the panels in place and she was soon walking in and out of the trailer and starting to relax a lot more. This time we have booked another session so that we can continue to make progress and so that I can teach her new loaners what they need to do. 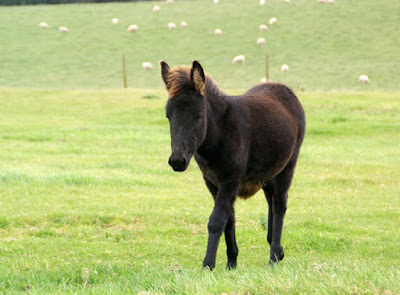 Throughout the session we were watched by this sweet little hinny (donkey Mum, pony Dad), Petal.
Posted by Loisaba Wildlife Conservancy at 9:52 PM