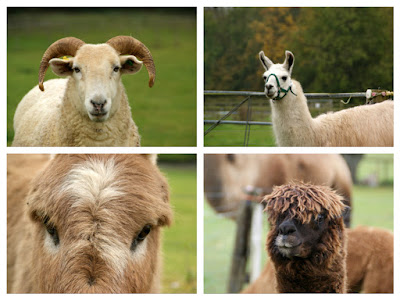 I was going to call this blog Monday Morning Disease because I think I am becoming rather addicted to the camels and all of their lovely camelid, equine and ovine friends. There are not many days when I fly out of bed, hop into the car, and even don a pair of decent jodhpurs to ride in! 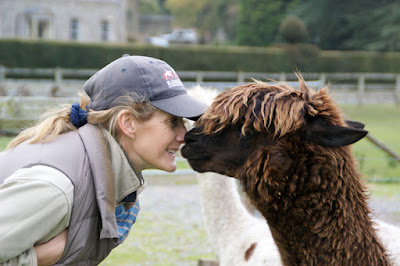 It's all really thanks to Martine (and her friend Sheri who put me in touch) that I have been given such a treat, and trusted with the breakfast arrangements for the animals as well as going out riding on and with the camels. 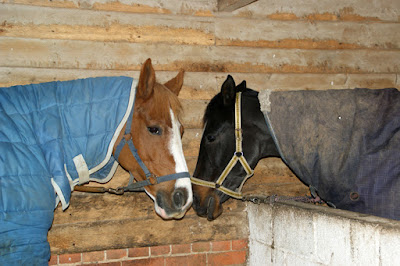 Arizona, on the right, is a safe set of hooves, on which to enjoy the near and distant scenery... 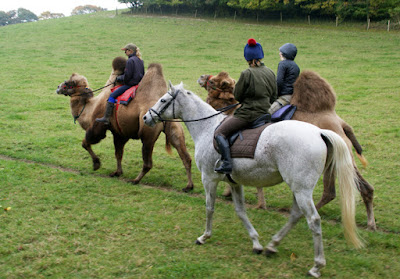 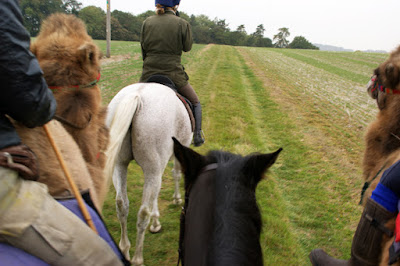 ...and she doesn't mind being in the middle of a Polo Pony sandwich either. 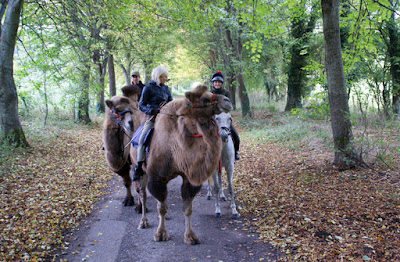 This morning we were out with Martine's employer, as well as Charlotte, Temojin and Therese and Loopy, the grey ex-racehorse. 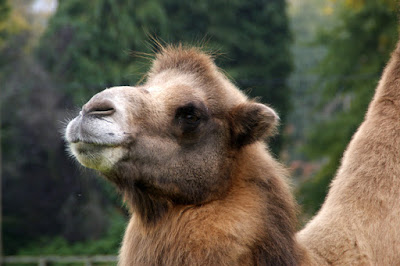 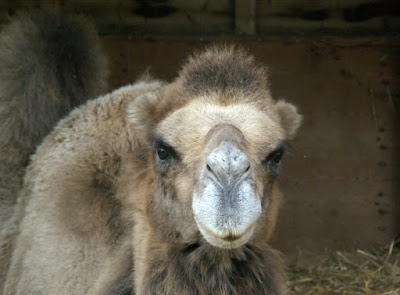 ...and Therese is beautiful too - especially when she closes her nose against desert storms. 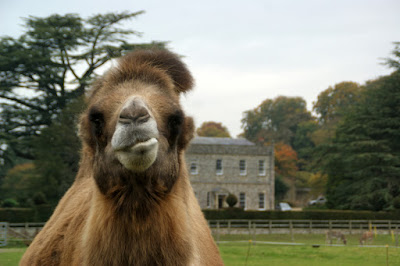 So what do I know about camels now?


They express themselves quite subtly with their eyes, their ears and less subtly with grumbling, frothing, and spitting if really annoyed. It is likely that they communicate with each other more than we will ever know, by a grumbling at a lower frequency than we can hear. The can also kick and bite with varying degrees of accuracy and intent. They don’t seem to be so different to horses but seem to be more responsive and sensitive. You can't mess with a camel!
They seem to be very intelligent and can spot ‘problems’ a mile off or more – you may miss the signs of a problem but they will express it through changing sides, turning round, veering off, or ‘bounding’ – rather than bucking or rearing. Therese worries about hedges in particular but then deals with millions of people in the centre of London, and tanks following her around the arena at Olympia.
They are capable of great sensitivity and responsiveness – to all of the aids used with horses. Camels can do dressage.
I haven’t sussed whether they have an into-pressure response yet – I am told that they don’t pull back when they are tied. They lead very nicely but sometimes spot some tasty food and try to pull away – they can be strong!
They seem to be extremely loyal – they know who and what they like and don’t like – can be possessive over people and horses.
They get up back legs first and in a series of almost hinged motions.
Most camels lie down when transported, even on very short and very long journeys – Therese does not.
Although they can cope with most types of terrain, they don’t fare well on slippery or very sloping surfaces.
They like a variety of food but not always the same as each other – for example beech nuts, nettles, horse treats etc. They don't have bad breath!
Posted by Loisaba Wildlife Conservancy at 4:33 PM